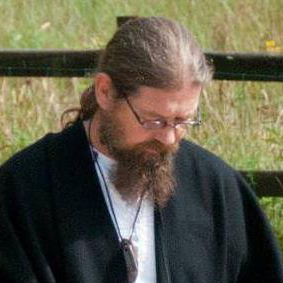 We have a post to share today from one of our Pagan Life Rites Clergy, Fran Devenney, who is based in County Leitrim, Ireland.

Writing about being Pagan clergy in a rural setting is not the easiest thing I’ve ever done. The two main reasons for this are that: firstly, I’ve never served as clergy in an urban setting, so I can’t do a compare and contrast piece, and secondly, writing about myself is not a thing I’ve had a lot of practice at.

So with that in mind here are my thoughts on the matter.

I think most peoples dealings with clergy of any path tends to be around the ceremonial aspects of that path, Worship gatherings, Namings, Rites of Passage, Weddings, and Funerals, etc. In this role we interact with people on some of the happiest and some of the saddest days of their lives. We see first hand the inherent goodness in people as someone’s community gathers around them to celebrate their joy or comfort them in their grief, we as Pagan clergy also get to help people who might feel marginalised or othered to assert their beliefs and their identities.

We show, by the very act of being there that Pagan paths are worthy of the same respect and acceptance as any other religion.

There is a strange juxtaposition that occurs when performing ceremony in that, at the pivotal moment of someone else’s day all eyes are on you whether you’re declaring a baby’s name or saying the last words over a grave or proclaiming a couple married, you in that moment are the focal point of all attention. The sense of responsibility in that instant can be quite profound.

Like most Pagan celebrants I will sit with people a couple of times and write the ceremony with them, trying to get a feel for them as individuals as well as taking their input to create the ceremony they have in their head, the thing they feel is needed to complete their day. Even with that done, when I’m sure they are happy with what’s on paper, when it is time to perform the rite the realization that I have been entrusted with creating and expressing the sacredness of a life changing event for them is always a sobering and humbling thought.

In the case of funerals, I normally don’t get a lot of time to consult with a family, it may only be one phone call and the funeral is the next morning. At times like that the responsibility is even more stark.

In terms of being rural based if I’m away from my home county I don’t think there’s much difference between my experience and that of an urban based celebrant. In my own local area however, where I will know a lot if not all of the attendees, most of whom won’t be Pagan, there is the added layer of representing Paganism to my own local community.

And while I don’t think I’ll make any mass conversions; I have mainly found acceptance and respect for the rites and the path in general.

In fact nothing gives me greater pleasure than attendees coming up to me after a ceremony and saying “That was lovely, not at all what I was expecting, so much more personal than what we’re used to.”

The other main function of clergy is pastoral work. This is a very wide ranging and nebulous area. It can range from talking someone contemplating suicide into getting help to having a coffee or a pint with someone who is lonely and all points in between.

In many ways pastoral work is the most rewarding and most heart-breaking aspect of serving as clergy. When I have truly helped someone, made a life even just a bit better there is a sense of accomplishment, of having been useful in the world. This in itself can lead to an issue that needs to be guarded against.

The question always needs to be asked “Am I doing this for them or to make myself feel good?” It can be argued that the intent doesn’t matter it’s the act that counts, but I believe the intent is the difference between genuine pastoral work and being an interfering busybody. Giving help where it’s needed and wanted, not where I think it should be is sometimes more difficult than you’d think.

When I fail to help someone, when the bad thing we have been trying to prevent happens, it can be truly heart breaking. The sense of letting someone who asked for my help down, the wondering is it my fault? Could I have done more? Could someone else have done better? Can be almost overwhelming. The main answer I have for myself in these cases is “I tried”.

That might sound a bit trite but to me pastoral work is in essence: being a decent human being at a championship level, and all we can do is try.

There are some Pagan clergy who chose to serve only within the Pagan community and there is nothing wrong with that, I personally extend my service to the community in which I live without distinction. This is partly because of the “decent human being” part of my definition and partly because it helps to demystify Paganism.

There is a quote attributed to Bruce Lee, when asked how to counter anti-Chinese racism he said “Show them the beauty of our ways”. This is something I take very much to heart. So, I am involved in my local community in anyway I think can be helpful. I help out with the St Johns night bonfire, I am on the local defibrillator group, I’ve organised fundraisers for local causes, I spend two afternoons a week in the local pub where anyone who needs me can find me.

And there I think is the main difference between a rural and urban clergy member in terms of pastoral work. Because I’m so embedded in my community I often get asked “I saw you talking with X are they ok” mostly this is asked with genuine concern rather than just nosiness, but is still something I won’t answer.

The other side is people are more likely to be told “have a chat with Fran, he might be able to help”.

As I said at the beginning it’s not easy for me to write about myself, but hopefully this has given you some insight into what we do as clergy, why we do it and how I do it in the back of beyond.